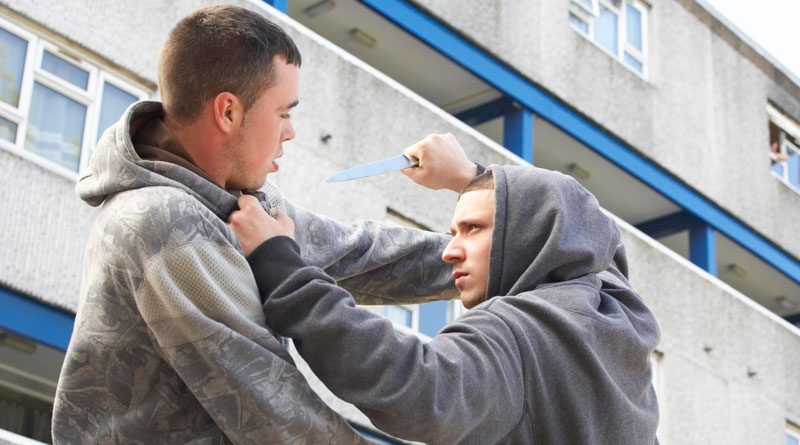 Assault is a crime that, in Pennsylvania, may be classified as either a misdemeanor or a felony. It’s considered a felony, referred to as “aggravated assault,” when it involves inflicting serious bodily injury on another person — or attempting to do so. Assaulting someone with a deadly weapon or assaulting protected public employees or officials is also considered an aggravated assault.

Below is a quick overview of each of the three types of aggravated assault and how Pennsylvania state law defines them.

Aggravated assault involves the intentional or reckless causing of serious bodily injury to another person (or an attempt to do so) in a circumstance that reflects the perpetrator’s indifference to human life or safety. The prosecution must convince the jury that the defendant acted in either of the following ways:

A deadly weapon is one that may cause death or serious injury. A gun is obviously a deadly weapon, and there are many other items such as knives, baseball bats and metal poles that fit the description, even if they weren’t made to be used as weapons.

To learn more about the various classifications and penalties for aggravated assault in Pennsylvania, meet with a knowledgeable criminal defense attorney at The Law Offices of David Jay Glassman. You can reach us online or call 215-563-7100.