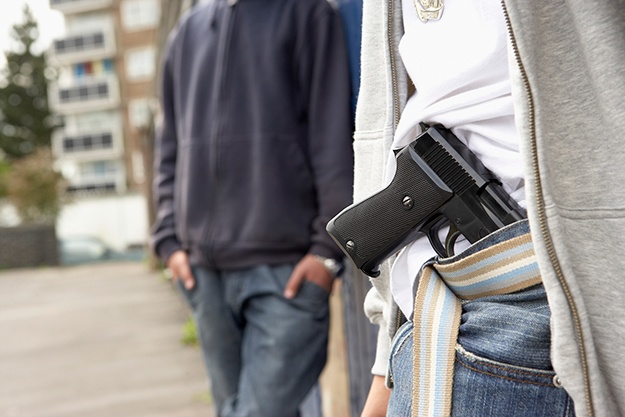 The courts understandably impose harsh sentences on those who are convicted of committing violent crimes. Yet within the criminal justice system, designed to protect citizens from harm, countless numbers of innocent people are accused of crimes every year. Some of the reasons innocent people face such accusations are mistaken identity, deceitful witnesses, lazy police work, racism, planted or fabricated evidence and prosecutors who can be overly zealous.

People are unfairly convicted of violent crimes every day because our justice system tends to put those who have been charged with them at a distinct disadvantage. Our defense team at the Law Offices of David Jay Glassman has the legal experience and skill to achieve the best possible results for every client. Pennsylvania criminal lawyer David Jay Glassman has more than three decades of experience defending the constitutional rights of those who have been arrested and charged with a violent crime.

What is a violent crime?

When you have an experienced Philadelphia criminal defense lawyer in your corner early in your murder defense or assault case, it may decide whether you walk free or remain in custody until your trial. A conviction for any violent crime changes your life forever. The Law Offices of David Jay Glassman does not hesitate to go to trial and argue aggressively for your future.

What are the possible penalties for violent crime in Pennsylvania

Because the criminal justice system takes violent crimes seriously, it aggressively pursues justice for the victims. The penalties for violent crimes are much harsher than those for other crimes, in part to serve as a deterrent.

Those penalties depend on a variety of factors including the defendant’s criminal history, the nature of the crime, whether a weapon was used and the degree of the victim’s injuries. They can include jail or prison time, probation, fines and community service. When you are facing criminal charges, it is crucial that you enlist the services of an attorney who is a strong advocate for his clients.

At the Law Offices of David Jay Glassman, our tenacious criminal defense attorney consistently offers innovative legal defense strategies along with compassion for our clients’ legal situation. Our office should be the first place you call when legal troubles arise. Call 215-563-7100 or contact us online today for a consultation and evaluation of your case.