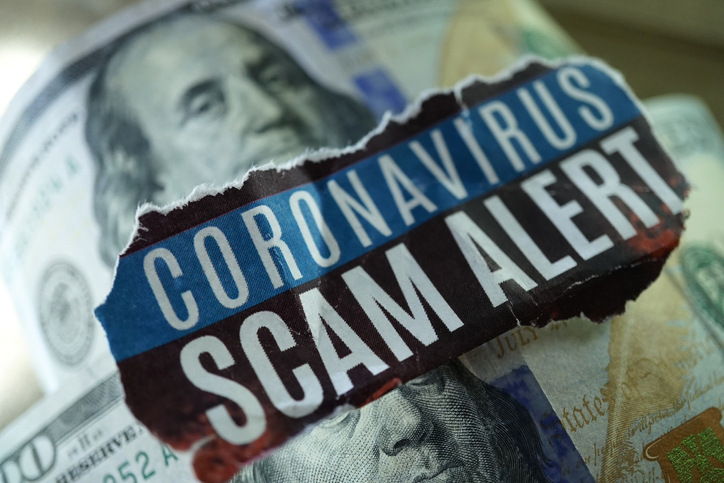 Four Chester County residents, are facing federal charges for allegedly conspiring to fraudulently obtain COVID-19 unemployment benefits for prison inmates, who by definition are ineligible for these payments.

The CARES Act, which passed in March at the onset of the pandemic, provides for Pandemic Unemployment Assistance. To be eligible for PUA, a person must be unemployed for reasons related to the pandemic, such as layoffs due to a store closure. Applicants must also be able to work and show that they are trying to find a new job — neither of which is possible for an inmate.

According to reports, a criminal complaint filed by U.S. Attorney William H. McSwain alleges that Jennifer D’Hulster, 37, and Ashley Harrington, 30, used the U.S. mail and other means to help inmate Zachary Gathercole, 30, receive approximately $12,865 in unemployment benefits. Gathercole was in jail before the pandemic, and therefore his unemployment was not related to COVID-19. Another inmate, Anthony Schweitzer, 20, allegedly made several unsuccessful attempts to obtain COVID-19 unemployment benefits fraudulently.

The four defendants are accused of multiple white-collar crimes, including:

If convicted, each of the four defendants faces up to 60 years in prison, five years of supervised release thereafter and fines of up to $2 million.

Alleged incidents of COVID-19-related unemployment fraud are widespread, and by some estimates there could be as much as $100,000 million in fraudulent COVID-19 unemployment claims in Pennsylvania alone. In late August, Pennsylvania officials discovered the names of 10,000 inmates on the state’s unemployment rolls. The fraud was discovered by U.S. postal inspectors, who were suspicious of the large volumes of mail being sent to abandoned home and homes up for sale. In a separate investigation, 33 other Pennsylvania residents were charged with fraudulently receiving PUA benefits.

If you are accused of unemployment fraud, mail fraud or any other white-collar crime, call the Law Office of David Jay Glassman right away. We have more than 40 years of experience handling these types of cases in Pennsylvania. To schedule a case evaluation, call our Philadelphia office at 215-563-7100 or contact us online.