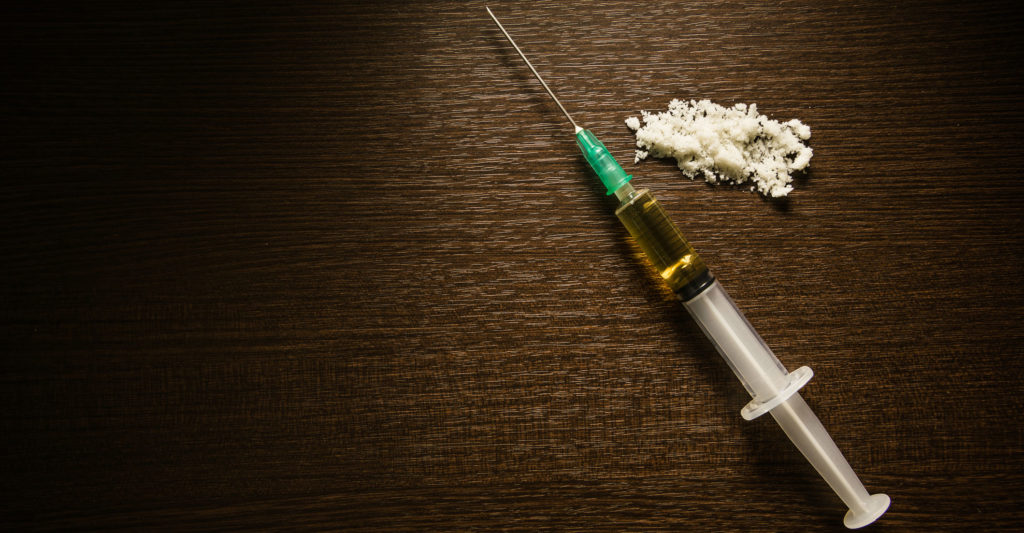 The father of a 16-year-old Ephrata, PA girl who overdosed on heroin has admitted to buying the drug and giving it to his daughter, according to the police complaint. Kerry Lynn Long, 35, also of Ephrata, was charged with aggravated assault, corruption of a minor, endangering the welfare of a child, and possession with intent to deliver heroin. He is being held in Lancaster County Prison on $1 million bail.

According to Lancasteronline.com, the incident began Saturday, October 8, shortly after 5:30 p.m., when a woman identifying herself as the teen’s grandmother called 911. The responding officer found the teen unconscious on the floor and apparently not breathing. Two bags of heroin were on the bed near the girl. The officer administered a nasal dose of naloxone, a chemical antidote to opioid overdoses, but she did not respond. When paramedics arrived, they administered three intravenous doses of naloxone, after which the girl regained consciousness.

The girl told police her father had given her the drug after she’d asked him. Police then arrested Long on an unrelated bench warrant. (Lancaster.crimewatchpa.com notes that Kerry Lynn Long had been arrested on March 1, 2016 and charged with felony burglary, conspiracy to commit burglary, and criminal mischief, and was committed to Lancaster County Prison in lieu of $25,000 bail.) The police complaint alleges that in an interview, Long admitted buying heroin and giving two bags to his daughter.

The facts of this case as circulated in the media are not favorable to Mr. Long. But if he made an admission to the police, he’s made matters much worse for himself. In most cases, a suspect who invokes his right to remain silent has leverage in negotiation over charges and sentencing. The suspect who makes an admission loses all leverage and is simply at the mercy of the court. Media coverage of the story does not say whether Mr. Long had an attorney present during questioning. If he did not have an attorney, he should retain one immediately and try to get that alleged admission barred as evidence in any trial.

It goes without saying that fathers should not be supplying heroin to their daughters. It should be equally obvious that suspects in a criminal investigation should never admit to a crime without first consulting an experienced defense attorney.

To speak with a reliable criminal defense attorney, call the Law Offices of David Jay Glassman today at 215-563-7100 or contact our Philadelphia office online.